Prices: Enquire through our contact form for this special!

Meet Pam and Mark McDermott, owner operators of Marsden Court.  We are thrilled to have you view our accommodation in Strahan and would love to welcome you stay with us and explore our special patch. We are a local family, passionate about Strahan and the West Coast, and its fascinating history.

We are proud of our accommodation and our gardens; we hope you can stay with us and take the time to relax, unwind and enjoy. We love where we live on the edge of the World Heritage area and when you visit, we recommend staying more than one night as so much to do and see in our town and region.

IN THE WESTERN WILDs

When travelling in Tasmania it is always best to be prepared and pack for all weather conditions whatever the season and travelling to the West Coast usually means rain sometimes as our abundant rainforests need rain to thrive.

Weather conditions in Strahan range from perfectly still to the perfect storm. The sanctuary of your apartment is never far away, but warm layers, a cosy jacket, a raincoat, and some sturdy footwear will be your best friends when exploring outdoors.

It is advisable if visiting national parks whilst in Tasmania to purchase a Parks Pass also. 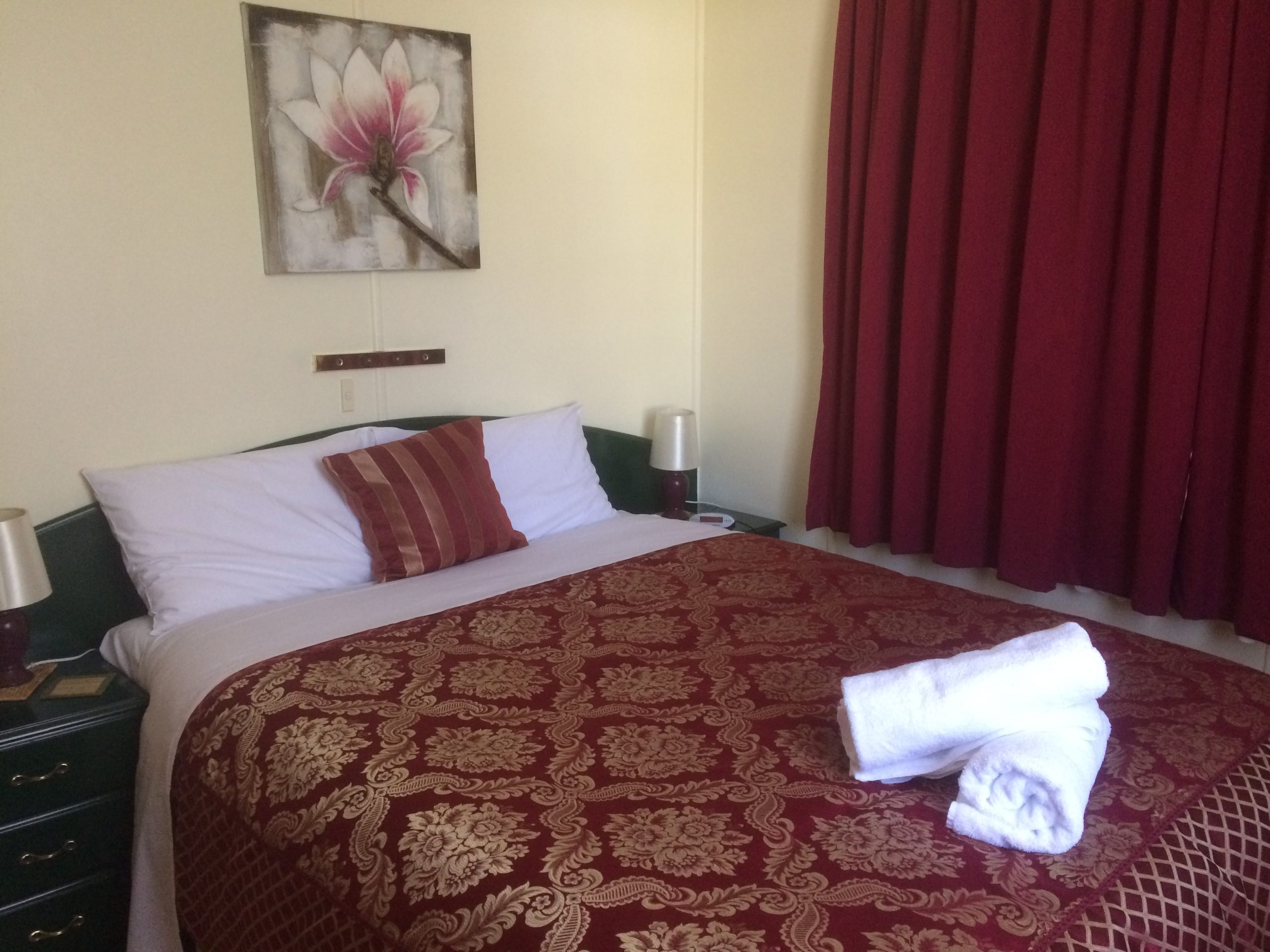 Located in spacious gardens and surrounded by magnolia trees this is our smallest and therefore lowest priced room but perfect for a  single or a couple.  Kitchen facilities include a small oven with hotplate and microwave, electric frypan and fridge.  There is a lounge with comfy recliners and dining setting, a separate toilet, bathroom with a shower over the bath and separate bedroom with a queen bed. It has a carport with outside seating.

Suitable for a Maximum of 2 adults. 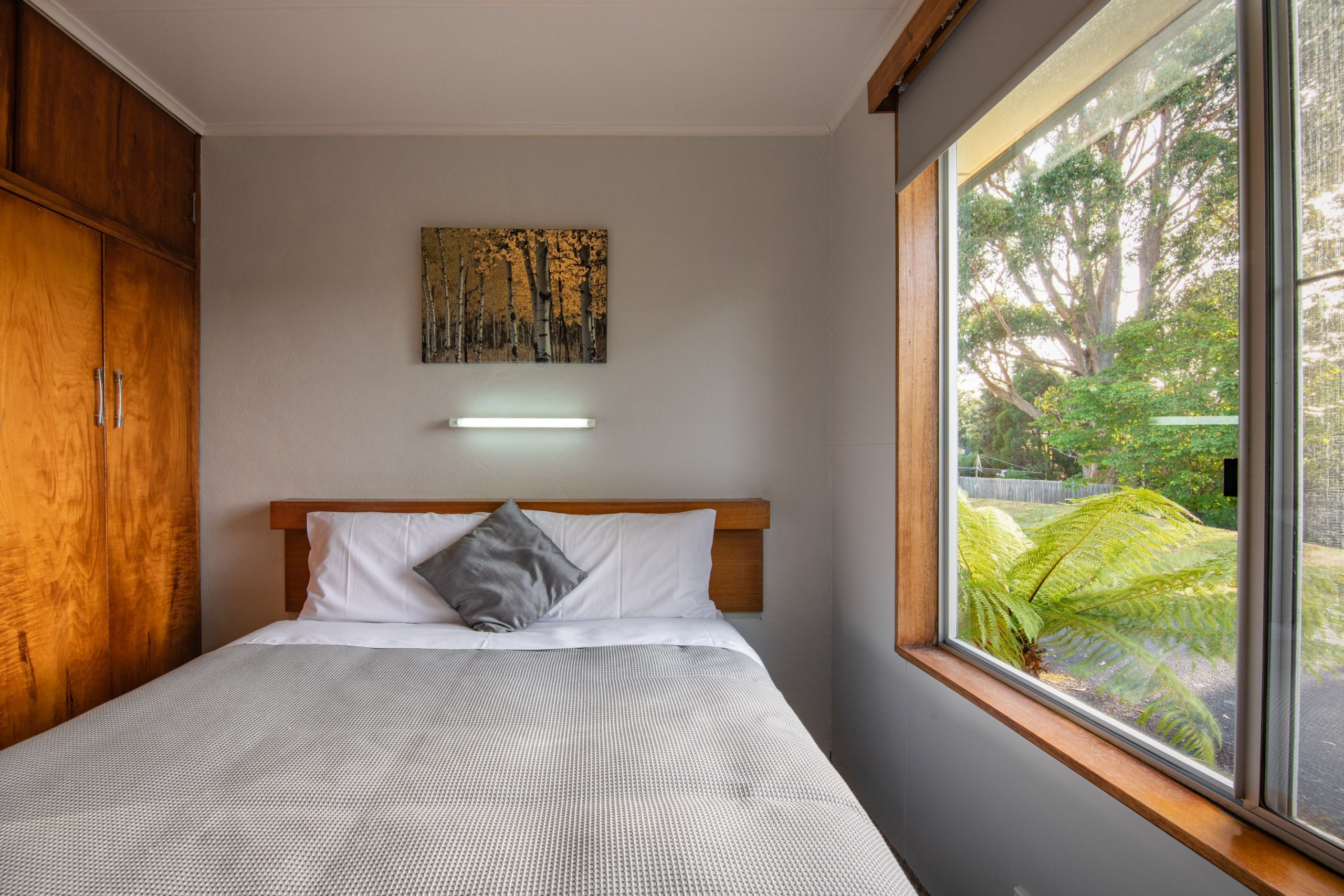 Located in peaceful gardens , these two bedroom apartments in blocks of 2 are perfect for families or couples.  There is a queen bed in one bedroom and two single beds in the second bedroom (there is one with a queen and a double bed),  lounge and dining room with kitchen with hot plates, electric fry pan, microwave and fridge, separate toilet and bathroom with walk in shower.  All have their own carport and outdoor seating.

Suitable for a Maximum of 4 adults or 2 adults and 2 children. 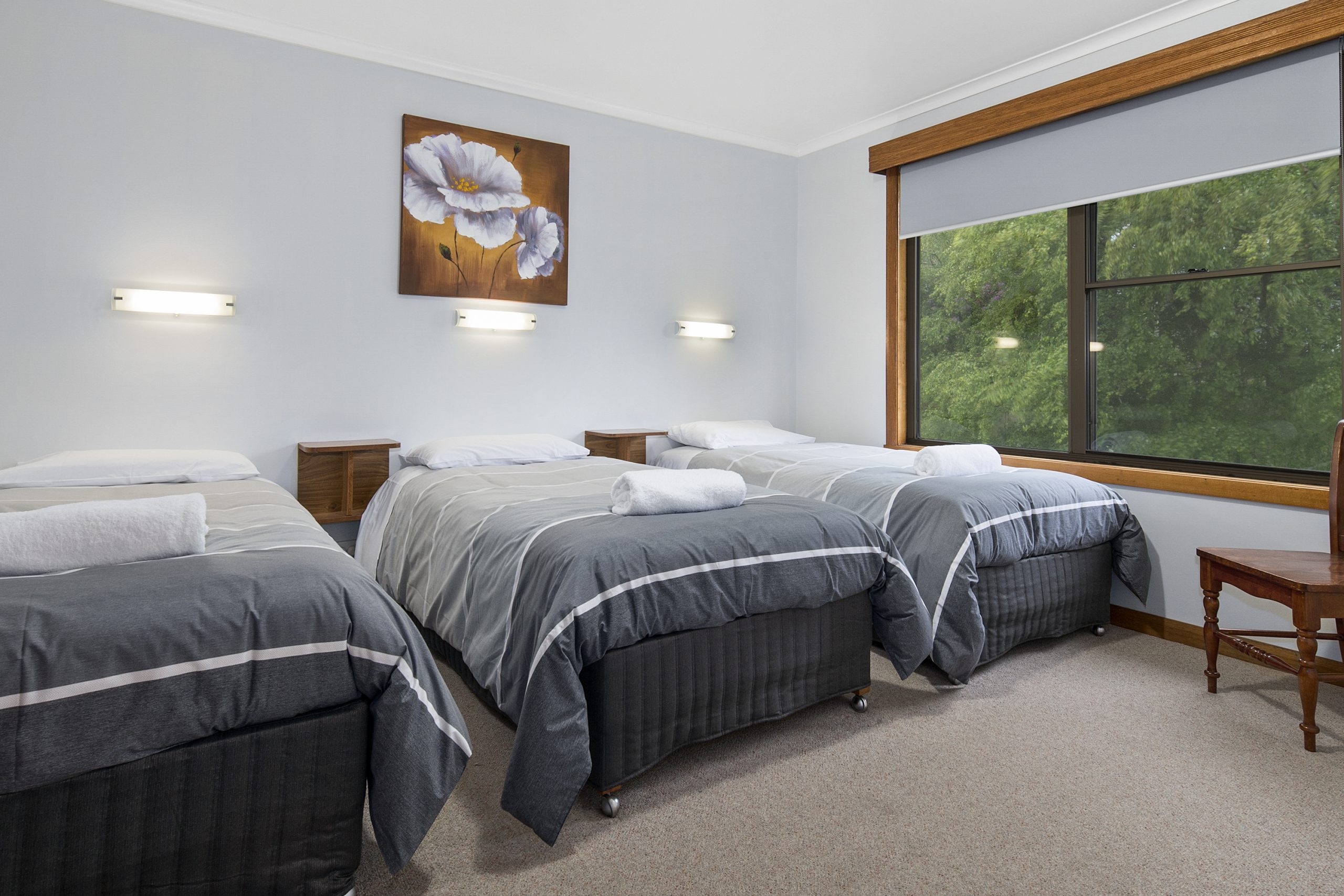 Located in private gardens these spacious freestanding ground floor 2 bedroom apartments are perfect for families or couples sharing,  3 of our apartments have a queen bed in one bedroom and 3 single beds in the 2nd bedroom.  One apartment has a queen bed in one bedroom and a queen and a single bed in the 2nd bedroom.  All have full kitchen facilities, dining and lounge area, separate toilet and bathroom with walk in shower.  All have a carport with outside seating.

Suitable for a Maximum of 5 persons 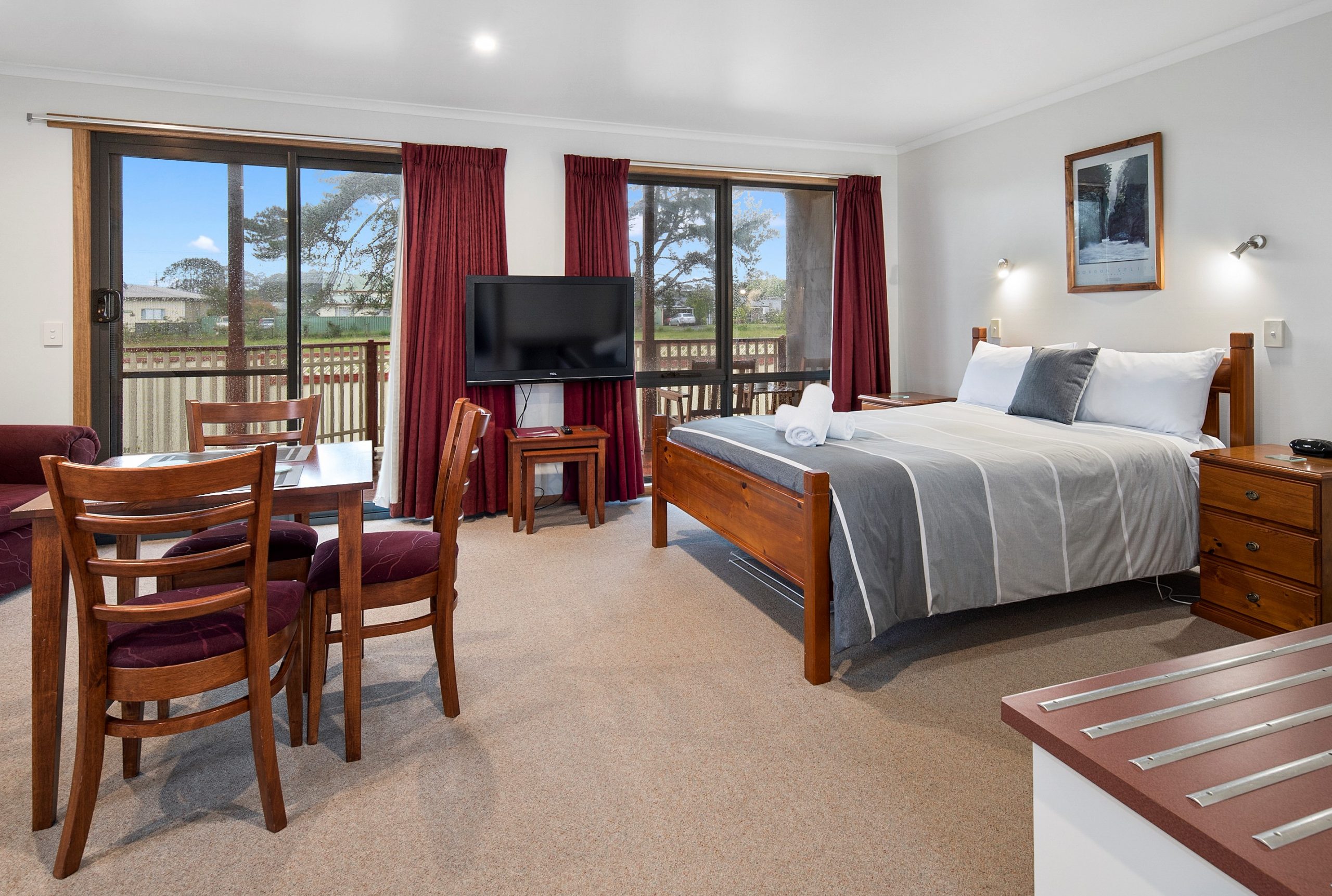 Located in the private gardens in blocks of 2 apartments these spacious ground floor apartments are ideal for singles or couples.  Most have a Queen sized bed ( one has a king split bed ) with a single sofa bed ( one has an additional single bed also ) All have kitchen facilities with hotplates and microwave, dining and lounge area with bathroom with a walk in shower.  All have a sliding door leading onto a private balcony with outside seating.  Parking is adjacent to apartment. 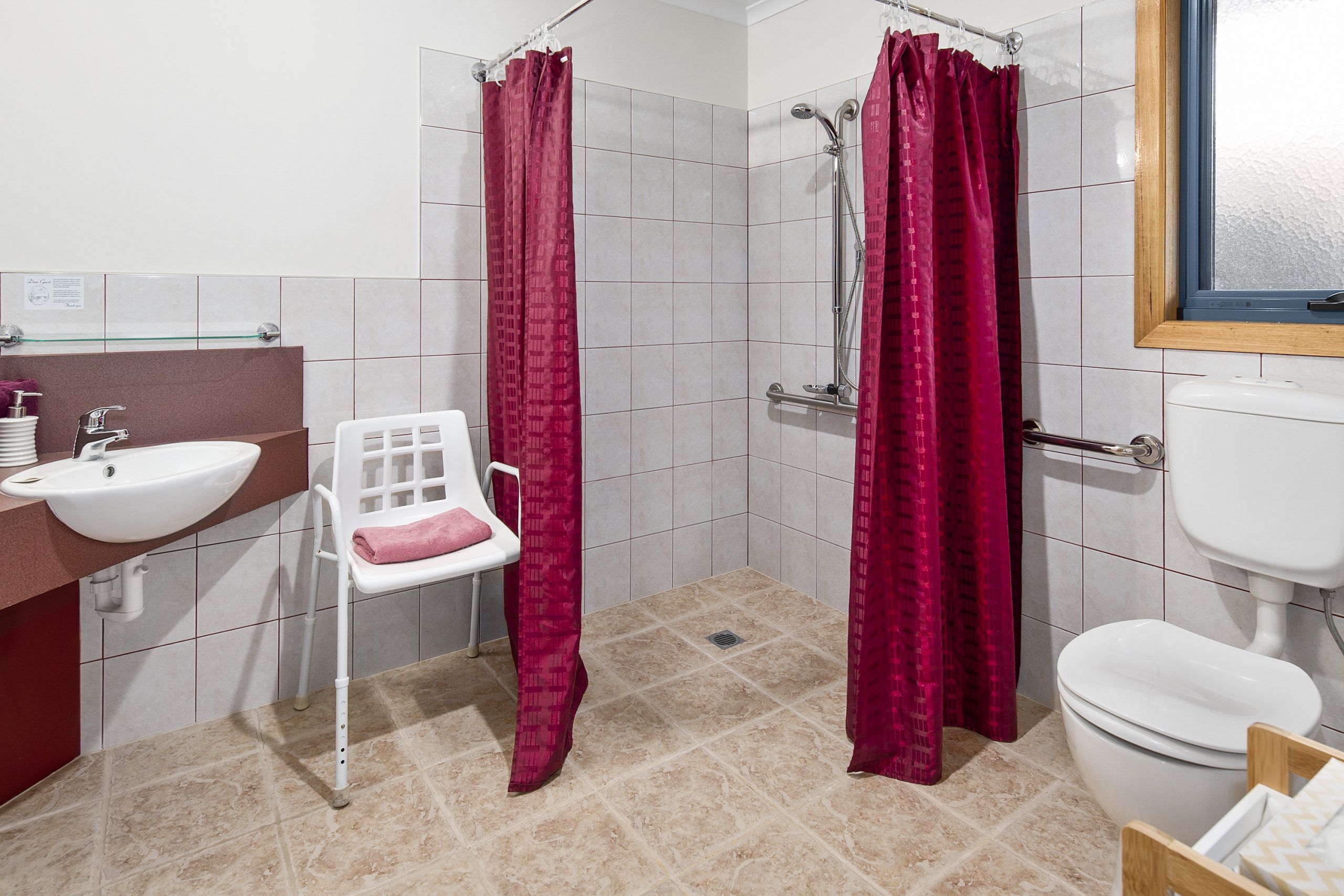 This spacious self-catering accessible apartment has a queen sized bed and a single bed with kitchen facilities, dining and lounge area and bathroom is designed specifically for those in a wheelchair or with mobility issues. Parking is adjacent to apartment.

Suitable for a Maximum of 3 adults

If you decide to eat out then there are,

Due to covid restrictions if dining in a restaurant or a hotel it is advisable to make a reservation.

What others have experienced

Your hosts, the McDermott’s, an original Strahan Family, are pioneers of the modern hospitality industry in Strahan, building the original units, Sharonlee, and more recently Marsden Court, on the site of the West Strahan Railway Station.  The Tasmanian Government Strahan to Zeehan Railway was built in a little over 12 months and operated from 1892 to 1962 to support the mining industries on the West Coast.  Unfortunately, there is little that remains of the railway except for the turntable pit which has been turned into a rose garden with some 160 roses delighting our guests.  The railway turntable was donated by the McDermott family to the restoration of the west Coast Wilderness Railways and although modified is now in use at the Regatta Point Station. 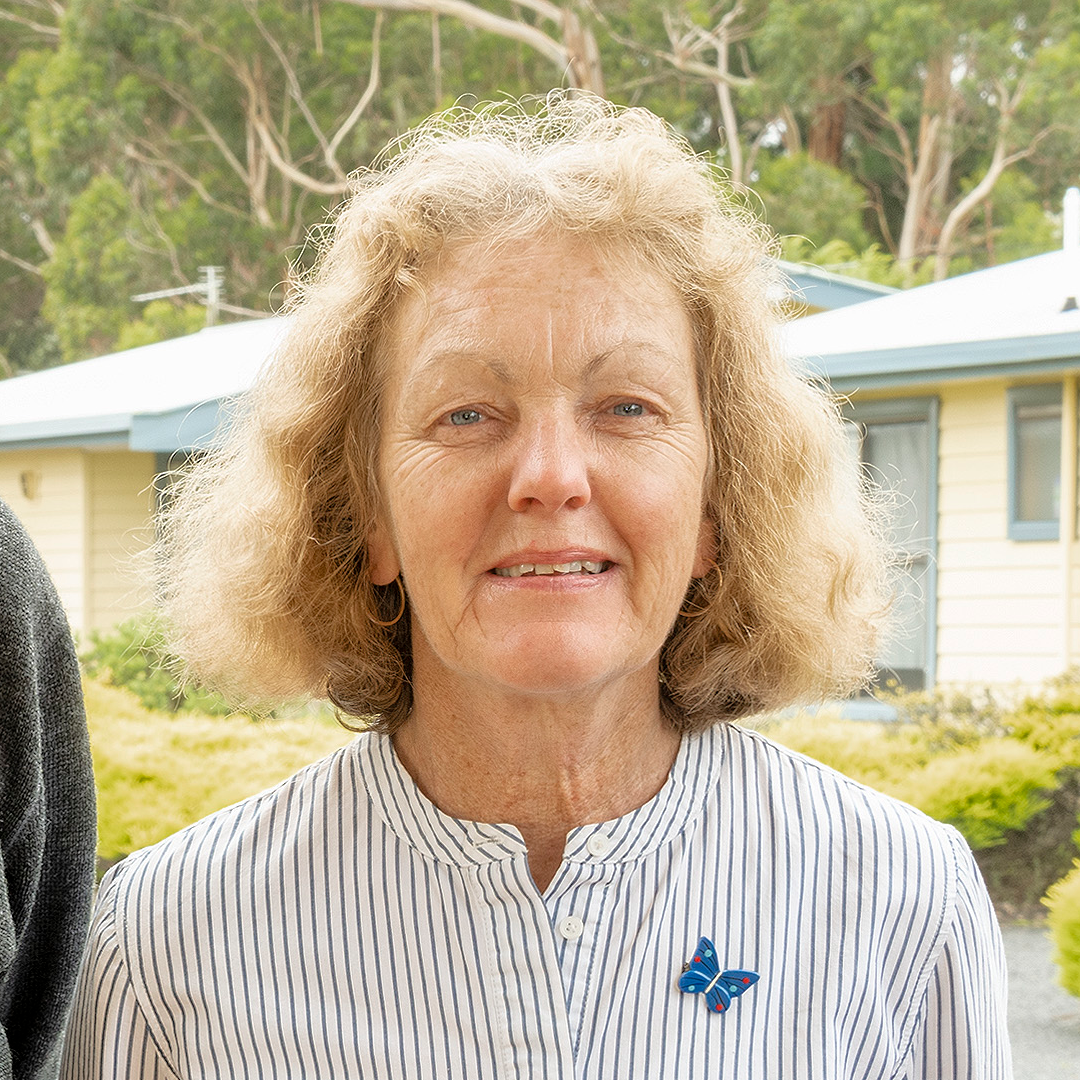 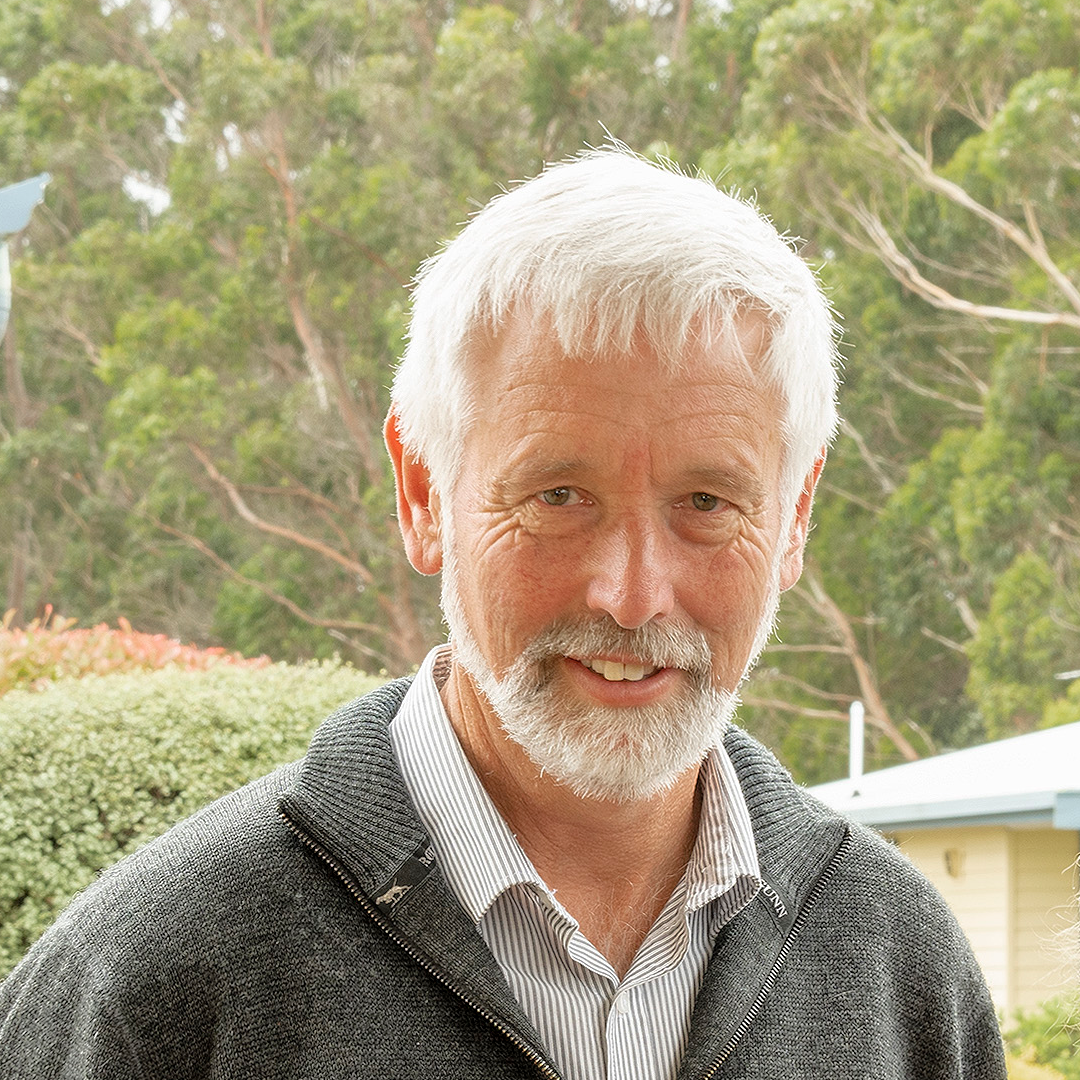 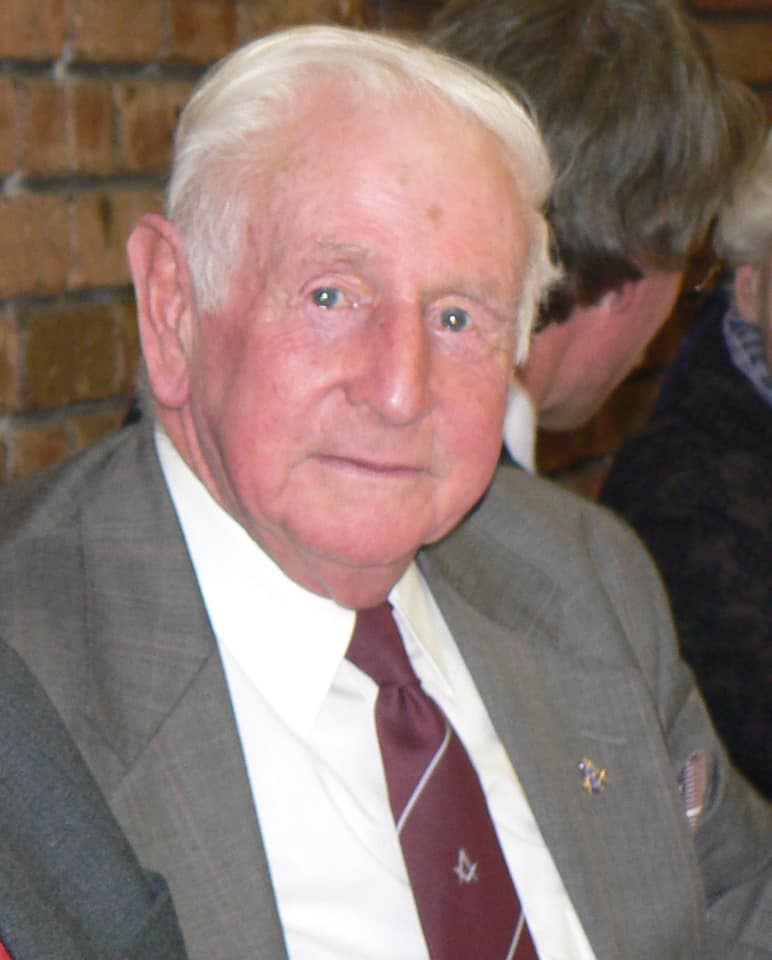 Vale to a true Tasmanian Tourism Champion
Terry McDermott, developer of Sharon-Lee Holiday Villas and Marsden Court, Strahan, passed away this week aged 94.
Active right until his passing, Terry was born in Strahan in 1926 and lived his entre life in his beloved West Coast town.
Terry’s working life was spent on local council, the Port of Strahan, the local water treatment centre, and aerodrome before he entered the fledgling tourism industry in the 70’s. Extremely passionate about the West Coast and particularly Strahan, Terry was one of the early pioneers of the local tourism industry, developing Sharon-Lee Holiday Villas in the 1970’s.
Together with his brother Harry, at one point Terry owned the General Store, Newsagency and the iconic Hamer’s Hotel.
Terry’s contribution to the development of Tasmania’s tourism industry was recognised in 2008 when he was awarded the industry’s highest individual honour – The Outstanding Contribution by an Individual Award at that year’s Tasmanian Tourism Awards.
Terry will be remembered fondly as one of the Tasmanian tourism industry’s pioneers and long time legends.
Terry and his wife Dawn (dec) were regular members of TasVillas sales and promotion teams that toured mainland Australia in the 80’s and 90’s selling Tasmania and Strahan to hundreds of travel agents and thousands of consumers at countless holiday and travel shows for many years.
Terry is survived by his son Mark and wife Pam, grandchildren, and daughter Terry-Lee, not to mention his developments in Sharon-Lee and Marsden Court.
– Words by Ian Rankine. 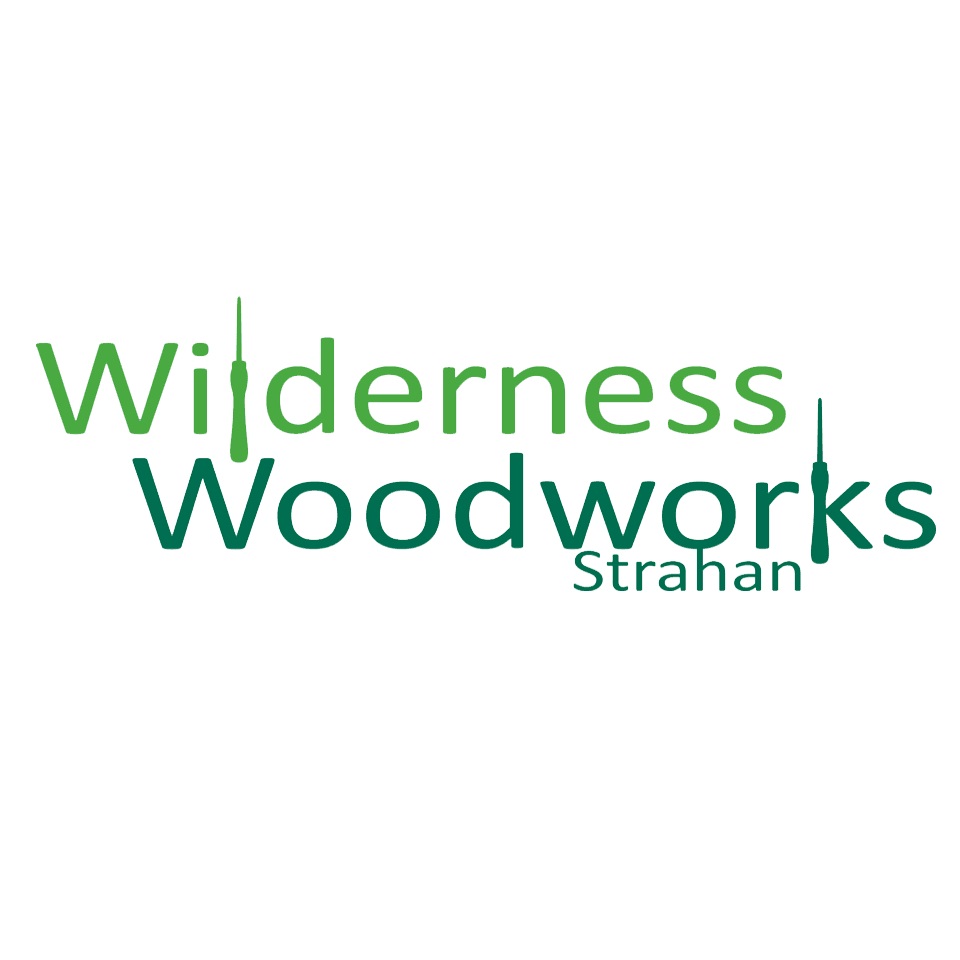 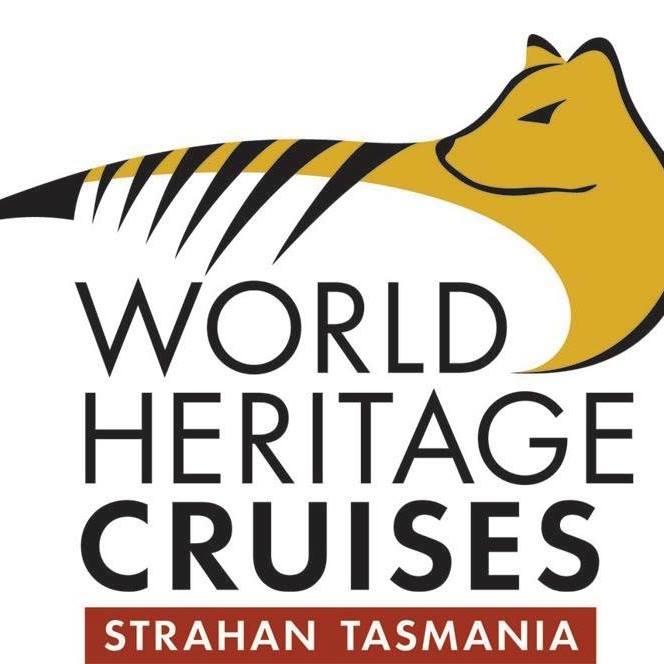 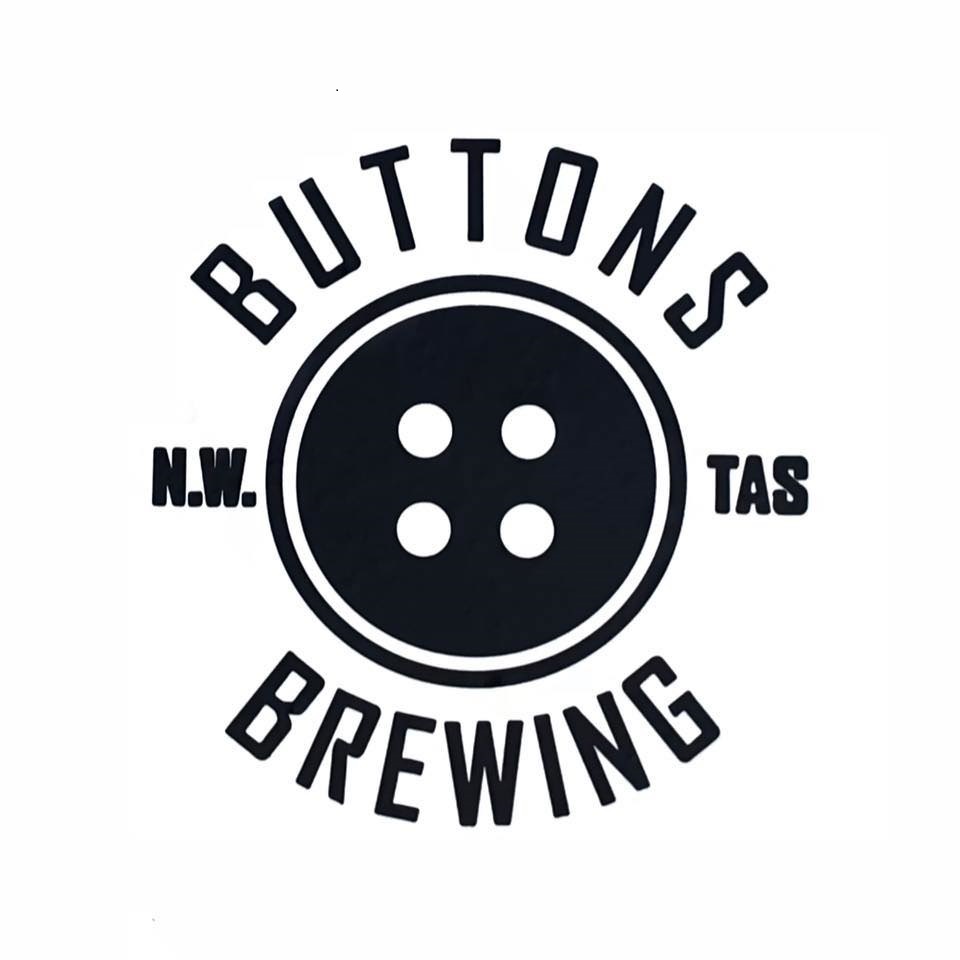 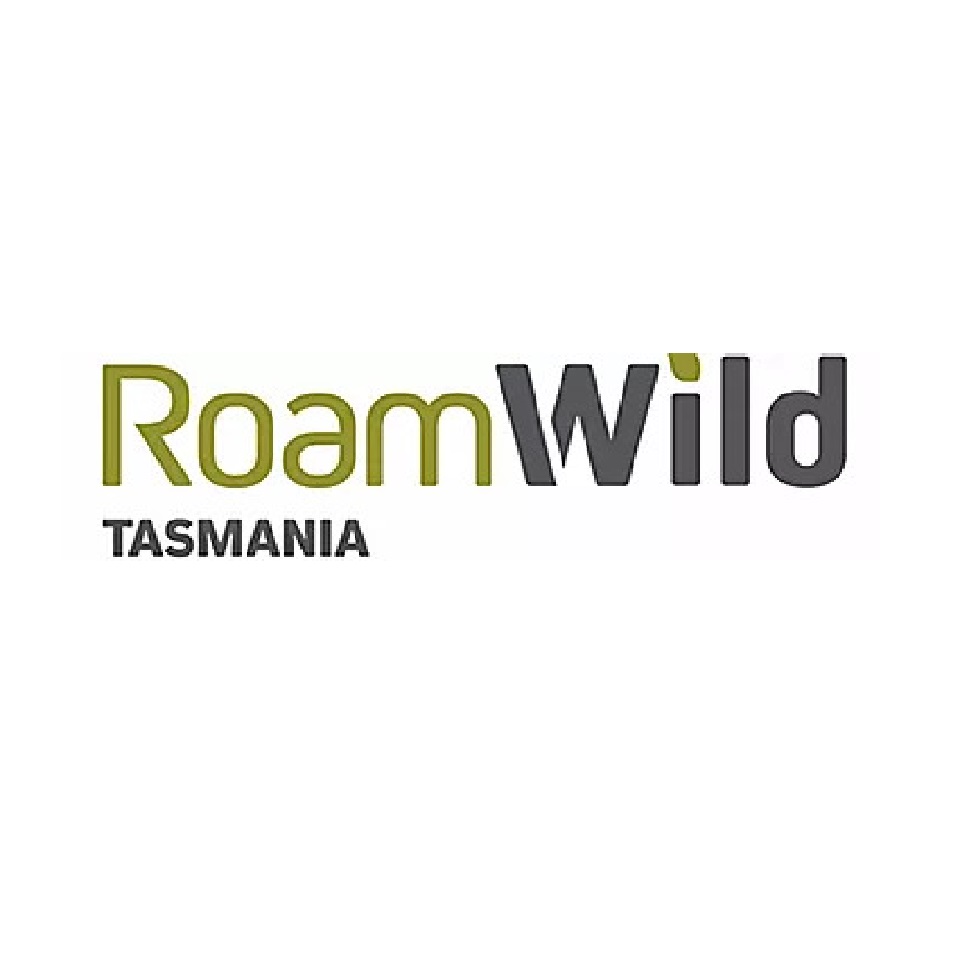 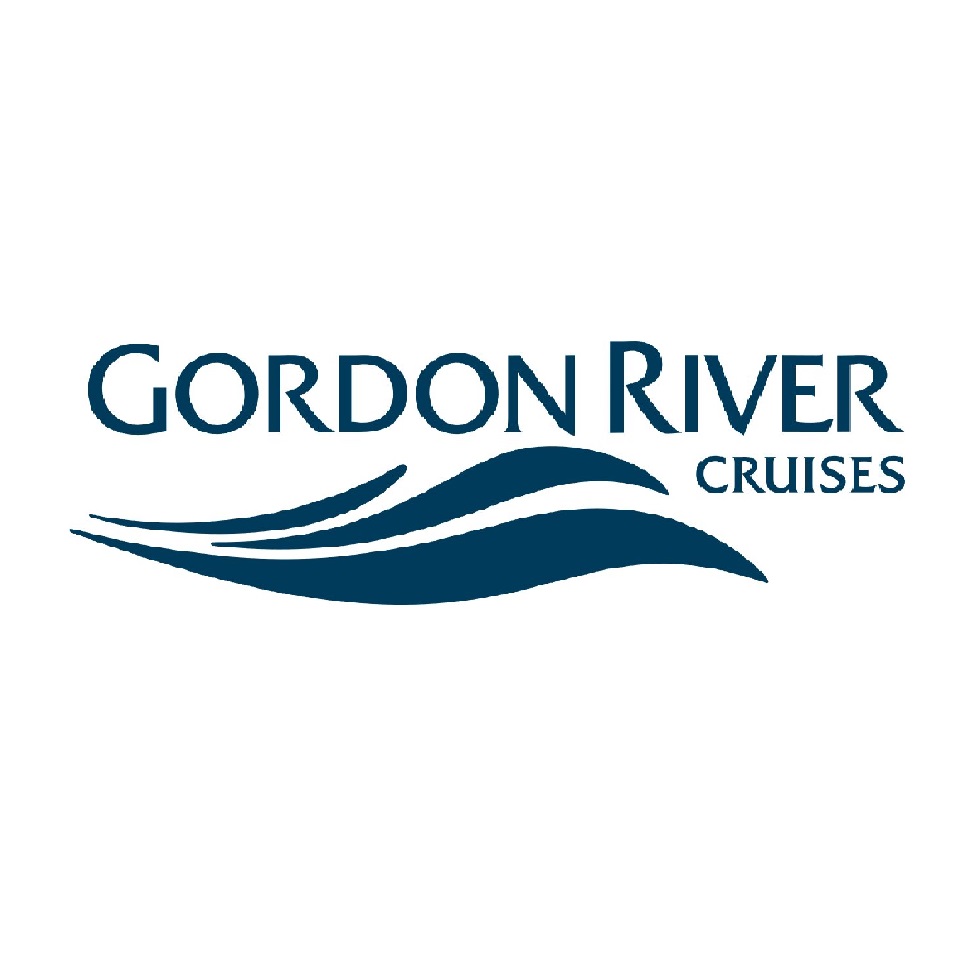 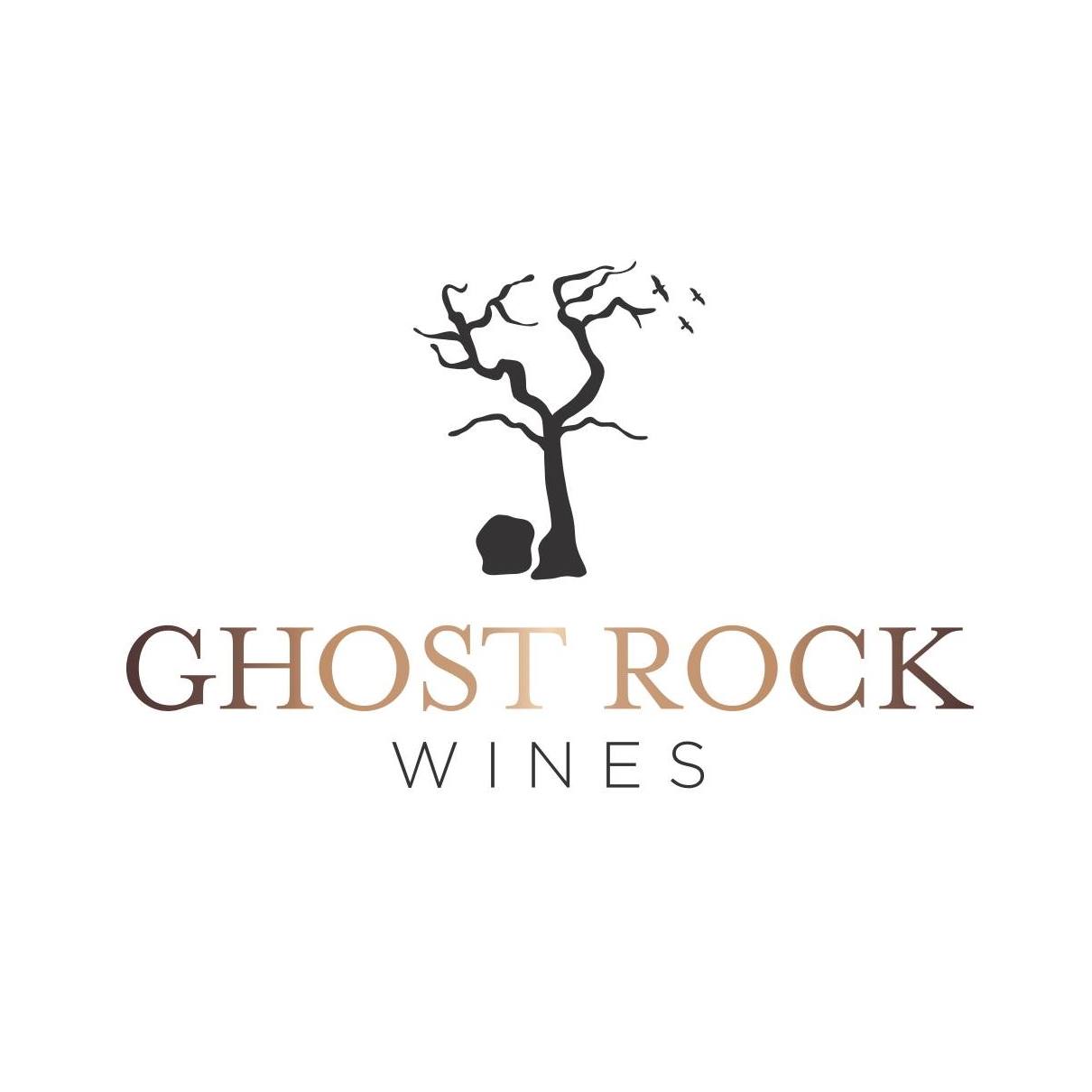 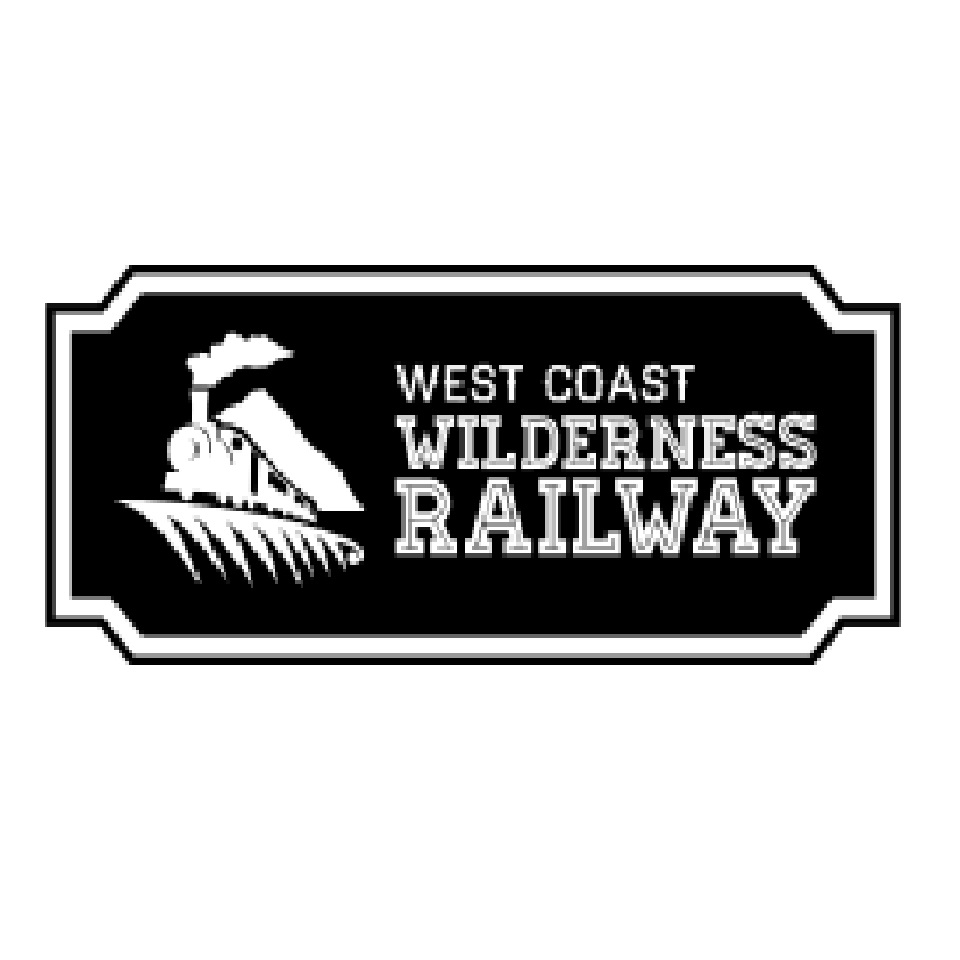 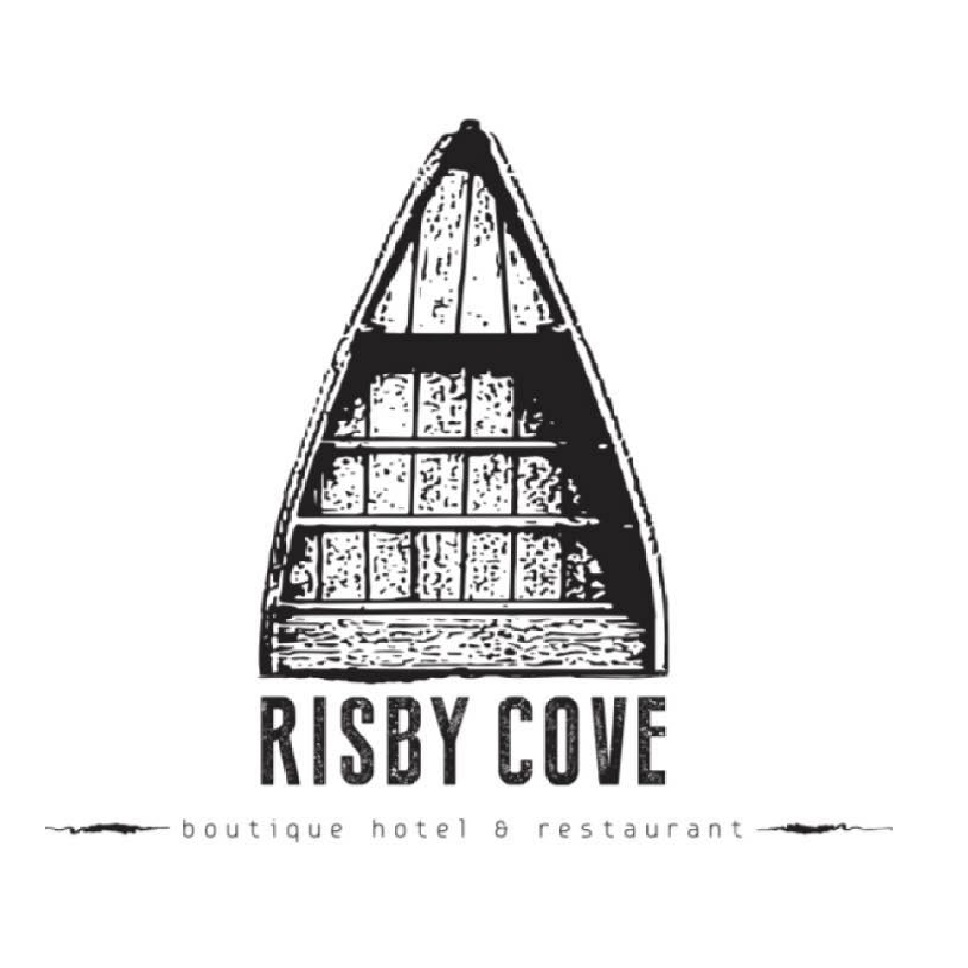 The TasVillas Group is a Tasmanian Accredited Business and one of the state’s largest bookings agencies. We offer a wide range of properties that are conveniently located all around Tasmania. 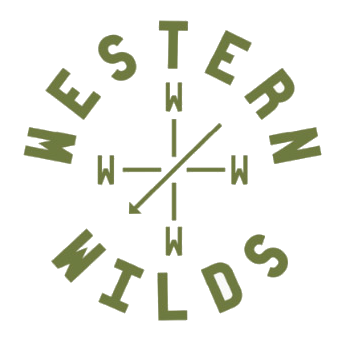 Seek untamed wilderness, follow in the footsteps of pioneers and uncover wild stories of mining booms and busts in western Tasmania. 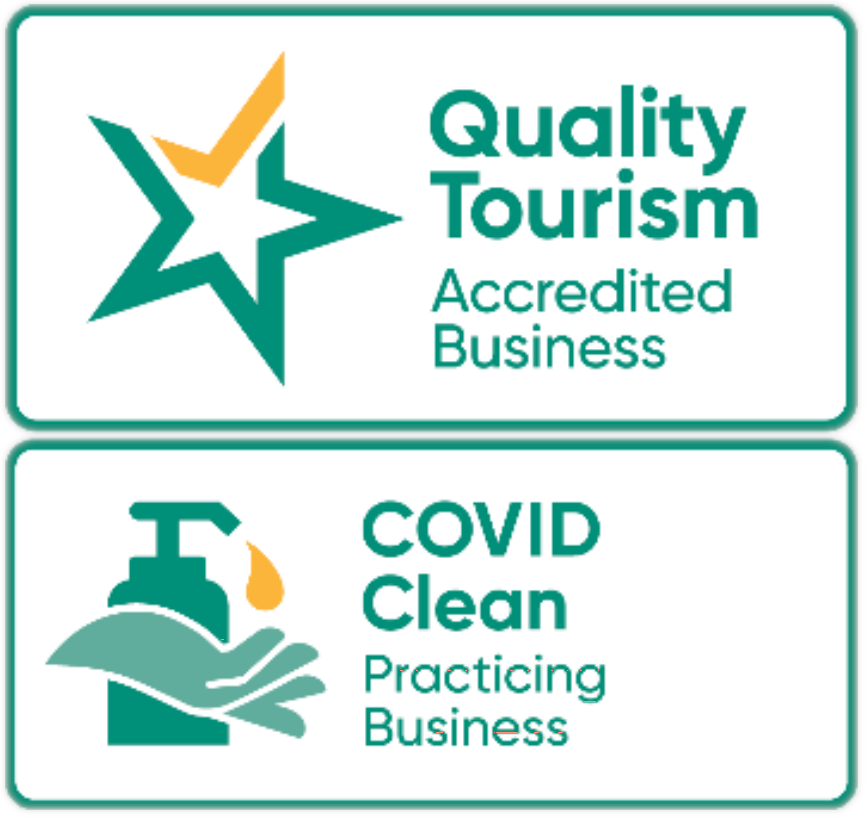 The COVID Clean Practicing Business module is designed to provide businesses with the information and systems to develop COVID19 cleaning procedures to support businesses in their efforts to stop the spread of COVID-19 and to provide an assurance to visitors that these steps are being taken.

Cancellation Policy: If travel restrictions, border restrictions, or business closures due to COVID-19 prevent you from visiting Strahan and staying with us at Marsden Court Apartments, we will happily refund any deposit paid for your accommodation, or we will hold the monies for when you can safely visit and stay another time. We have a stringent COVID-safe plan on-site to ensure you can relax and feel safe whilst staying with us.